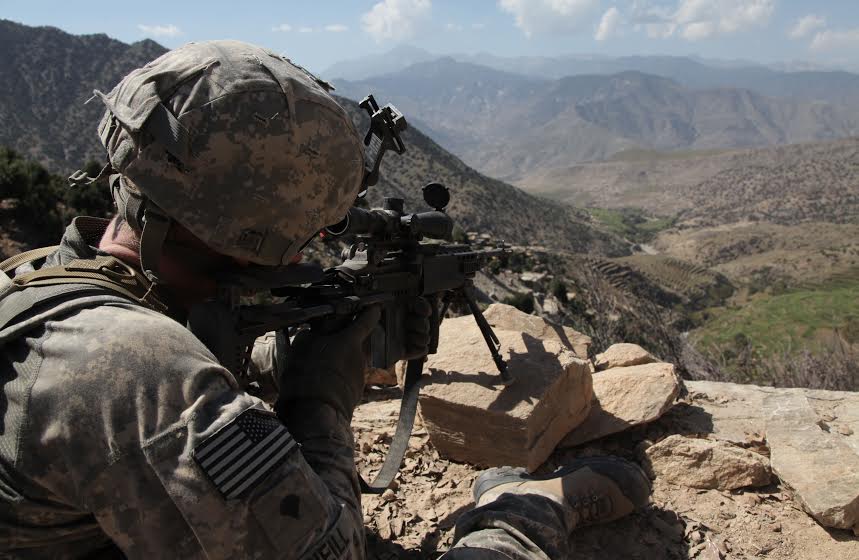 The United States military has long been at the forefront of human performance, with vision training and nutrition at the front of that list.From rigorous nutrition programs to cutting edge vision training, keeping a soldier’s vision at optimal levels has been seen as paramount since the days of the Second World War.

Awareness around nutrition and eye health started during World War II, when British officers began spreading the word that eating carrots helped their pilots see Nazi bombers attacking at night. The rumor was actually a fabrication intended to cover up the Royal Air Force’s new secret technology named Al.  This technology was used to pinpoint enemy bombers before they reached the English Channel.  British intelligence didn’t want the Germans to find out about AI so they created this rumor.

“There is actually some truth to carrots being good for your vision,” said Dr. Dennis Gierhart, founder of EyePromise and one of the industry’s leading researchers in the field of ocular nutrition. “Carrots are an excellent source of Vitamin A.  Vitamin A deficiency can lead to a condition called night blindness.”

Science has come a long way since World War II. And, while many young soldiers aren’t concerned about their vision deteriorating quite yet, taking care of their vision still remains at the top of the priority list.

An Explosive Ordnance Disposal (EOD) Tech in Afghanistan spends much of the time operating during the night. As part of an EOD’s daily tasks, Techs are required to detect, expose, and render safe improvised explosive devices.

“EOD’s often spend most of their time with Marine Special Forces and the Green Berets,” according to one EOD tech that asked to remain unnamed. “We go on every mission with them and are involved in every fight or operation they are”.

While in Afghanistan, this particular soldier leveraged the NSF Certified for Sport EyePromise Vizual Edge performance eye vitamin line to maximize his vision.

“I really noticed the difference when focusing on targets through my optics,” the EOD said. “Within a couple of weeks, I was able to pick up on fine detail much more clearly through my scope.  Having an eye vitamin that I know is maximizing my vision makes me feel a little bit safer.  To me, that is the real benefit”.