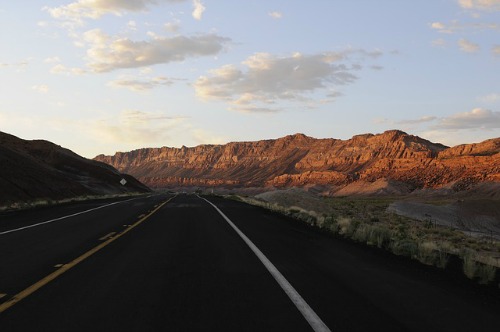 While many people feel uncomfortable driving at night, most of us don’t think about how well we are able to see during twilight times. But, according to the May issue of Optometry and Vision Science, a simple testing method has been developed to identify people who have decreased visual acuity (clarity or sharpness of vision) under these lower light conditions.

“Typically eye chart visual acuity is measured at light levels that approximate daylight (photopic) vision conditions,” explains Anthony Adams, OD, PhD, Editor-in-Chief of Optometry and Vision Science, which is the official journal of the American Academy of Optometry. “However, twilight vision or vision at dusk (mesopic vision) can be noticeably worse for some people and especially for patients with eye problems.

By using varying light filters, the visual acuity of 43 participants was tested at daylight level, and during twilight conditions by using three different light levels that mimicked various stages of twilight. Researchers then assessed how vision was affected by lower light levels and studied other factors such as the normal increase in pupil size at lower light levels.

The study participants, healthy individuals with an average age of 25, possessed normal vision (about 20/20) in daylight. Researchers discovered that as the participants’ environment became progressively darker, visual acuity decreased from normal to almost three eye chart lines worse at the darkest level tested.

The change in pupil size was unrelated to the change in visual acuity, while the “focus posture” of the eyes (accommodative error) had only a small effect.

Sometimes called “night myopia”, decreased twilight vision can be a major functional problem for many young adults to have a slight shift toward myopia. According to All About Vision, nearsightedness, or myopia, is the most common refractive error of the eye.

As adults age, people can also have poor twilight vision but for other reasons that have more to do with decreased clarity of the eyes’ contents, like the eye’s internal lens. Others may have retinal eye diseases that decrease vision at lower light levels.

According to Jason S. Ng, OD, PhD of Southern California College of Optometry at Marshall B. Ketchum University in Fullerton, Calif., further studies in older age groups – could be an important way of testing or screening for various conditions – especially for patients with conditions affecting night vision.

Studies show that the density of macular pigment affects the quality of people’s sight – not just visual acuity but how well they are able to detect contrast sensitivity and see in low light conditions. EyePromise macular health vitamins have been proven to contain the highest levels of dietary zeaxanthin and other essential ingredients proven to maximize vision performance.

For more information on how nutrition can help optimize your vision at twilight and during night driving situations, check out this e-book.

One thought on “Your vision at twilight: How well do you see in low light conditions?”