Since 2001, EyePromise has been passionate about prevention and dedicated to fighting AMD through science-based nutraceuticals. To date, more than 300 published studies exist on nutrition, macular pigment, and the impact on eye health.

• The AREDS 1 formula plus Lutein & Zeaxanthin vs. AREDS 1 & beta-carotene:

– 18% reduction in the progression to advanced AMD

– 22% reduction in the risk of progression to neovascular AMD

– 10% additional reduction in the risk of progression to advanced AMD

– 11% reduction in the risk of progression to neovascular AMD

– 26% reduction to advanced AMD in the lowest quintile – the group with the lowest dietary intake of Lutein and Zeaxanthin, which is more representative of the general population

• Improvement of N1P1 response densities was positively associated with MPOD increase, suggesting a causative effect of MPOD on retinal function and health

Purpose: To better understand the role of a proprietary dietary supplement formulated to contain Omega 3 and seven other anti-inflammatories plays in patients with established clinical findings consistent with dry eye disease. Secondarily, this evaluation will attempt to discover if any of the diagnostic markers are predictive to the therapeutic approach of omega 3 anti- inflammatory dietary supplements.

Methods: This eight-week feasibility study was to determine if subjects presenting with dry eye confirmed by diagnostic markers and symptoms responded to nutritional therapy via an oral nutritional supplement (EyePromise EZ Tears). Analyses were completed on a subgroup of subjects with 4 of 7 possible diagnostic criteria.

Results: A total of 67 patients were enrolled between 18-79 years of age inclusive. At the conclusion of the study, improvement from baseline was demonstrated in OSDI decreasing scores by 38%. Improved tear breakup time and phenol red thread scores were seen and was reduced conjunctival staining. There was also a decrease noted in lid inflammation. Osmolarity scores were variable and inconclusive.

Conclusion: Supplementation with this Omega-3 anti-inflammatory product in dry eye showed significant improvement in OSDI, TBUT, conjunctival staining, lid inflammation, and phenol red thread, tear meniscus, and corneal staining scores. This decrease in patient symptoms could be an indication of decreasing ocular surface inflammation and possible stabilization of the lipid layer. The change from baseline for these signs appears to be rapid, as differences were shown as early as one-week post-supplementation. 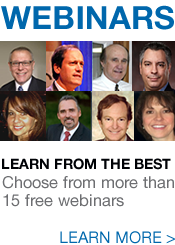